Bacon Cinnamon Roll Turkeys for the Thanksgiving win! Here you will find instructions for the cutest little Turkeys with bacon tails and candy corn noses. 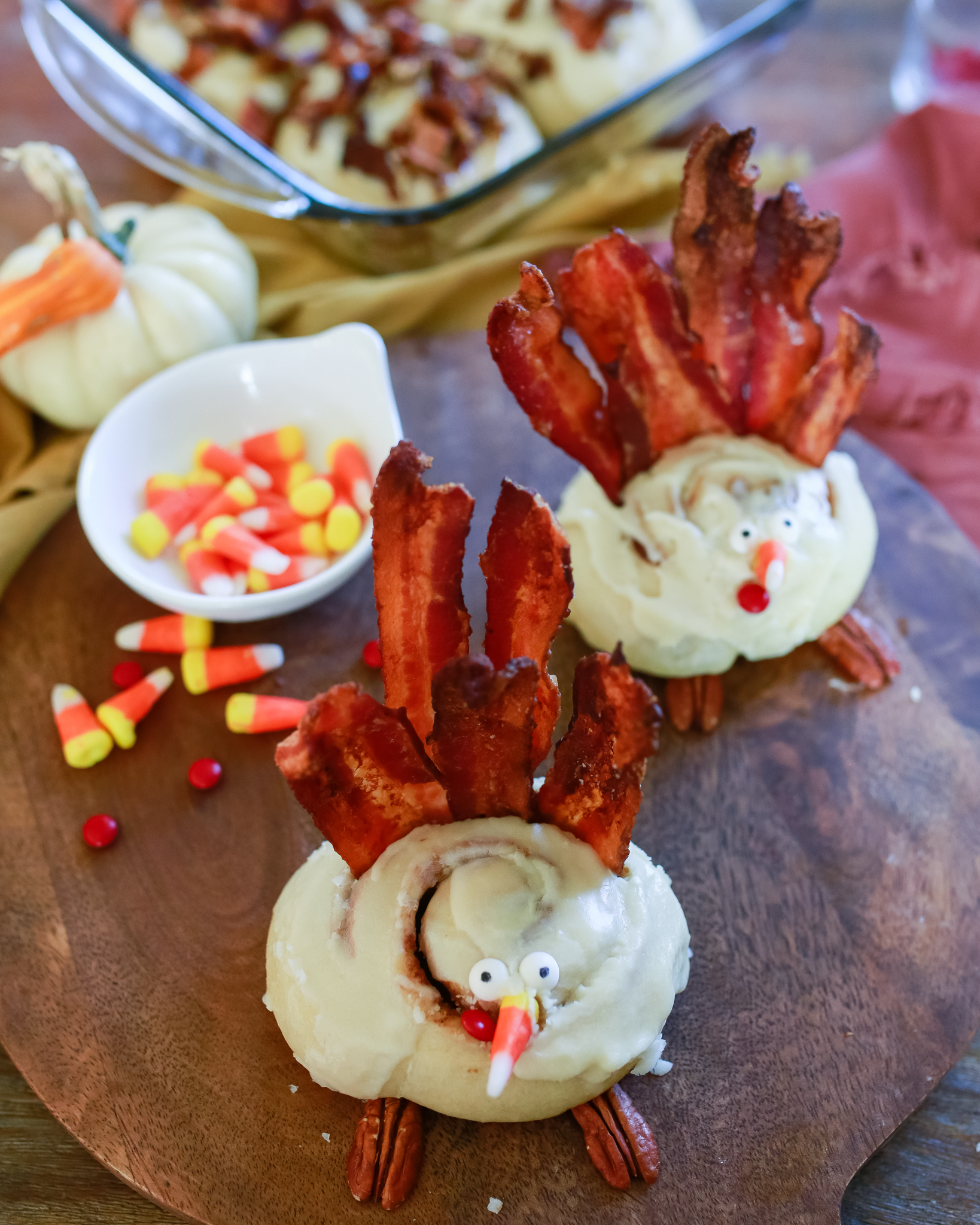 I recently did a sponsored post with Rhodes Bake and Serv where I used their frozen Cinnamon Rolls to create the most divine Maple Bacon Pecan Cinnamon Rolls. Y’all they are incredible.

Anyway, when I am making a recipe, I do a lot of recipe testing. We deliver the “fails” too our friends and neighbors, or we experiment further with them.

I’d like to introduce you to the cutest “fail” ever! My kiddos loved these and I’m thinking they might be the perfect addition to your Thanksgiving menu this year! Maybe not for the actual feast, but everyone needs breakfast before the afternoon “real” Turkey.

And as I pointed out in my Maple bacon pecan cinnamon rolls post, if you’re using the Rhodes frozen rolls they can rise in the fridge overnight so only baking and accessorizing is required next morning.

How to make Cinnamon Roll Turkeys

The video above showed how to make these adorable turkeys. Here are a couple quick tips though:

I used pecans for my turkey’s feet because I think they’re delicious and they look cute. However, there are other great options to use if you prefer to avoid the use of tree-nuts. Those options include: