These delicious Maple Bacon Pecan Cinnamon Rolls are brought to you by Rhodes© Bake-N-Serve . Thank you!

Easy recipe for soft and fluffy Cinnamon with a maple icing drizzle, bacon and candied pecans. Just the right combination of sweet, savory, crunchy, and fluffy! 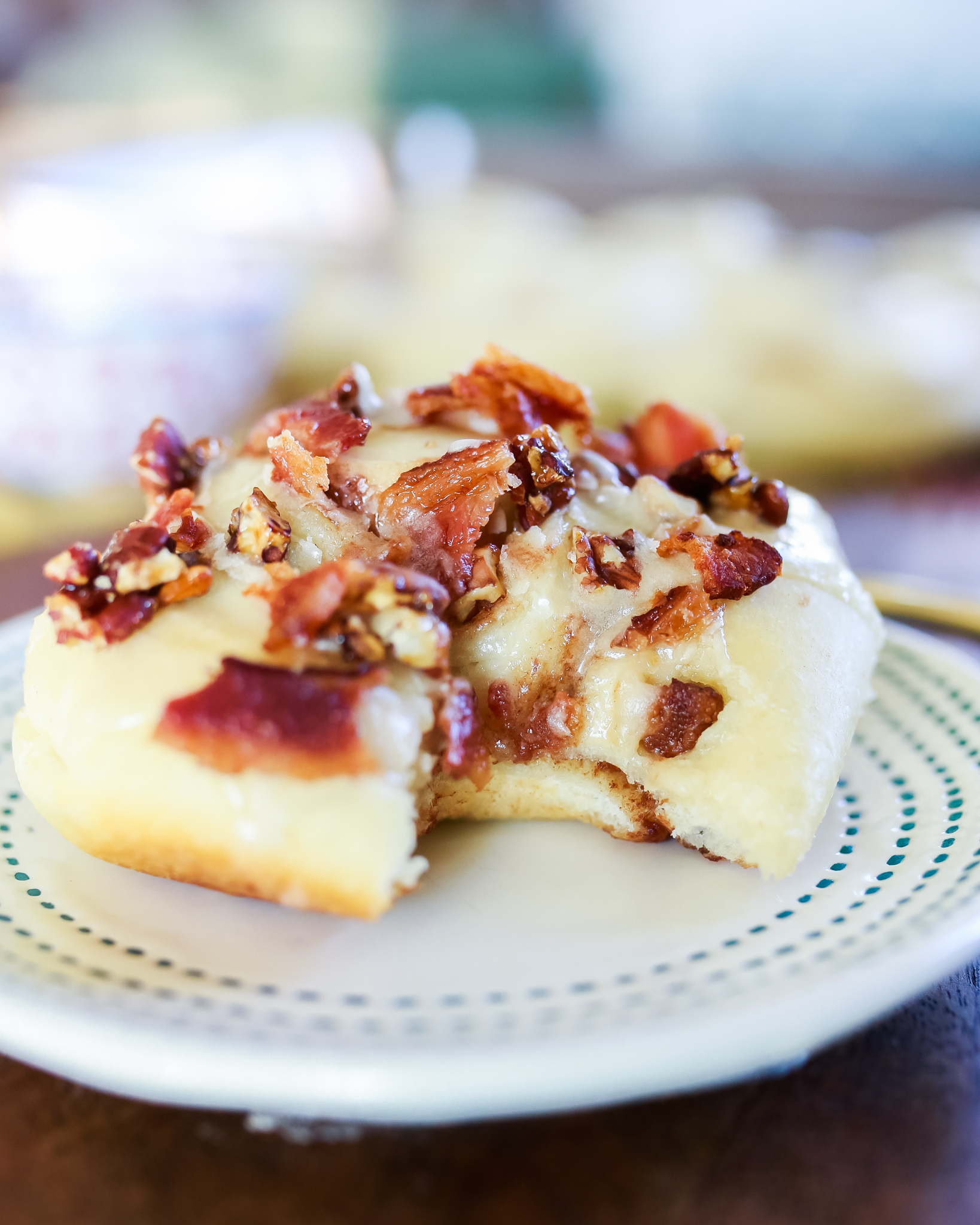 If you’ve been following this blog for very long then you know I’m a huge fan of Rhodes© Bake-N-Serve cinnamon rolls! They’re easy, fluffy, and tasty. 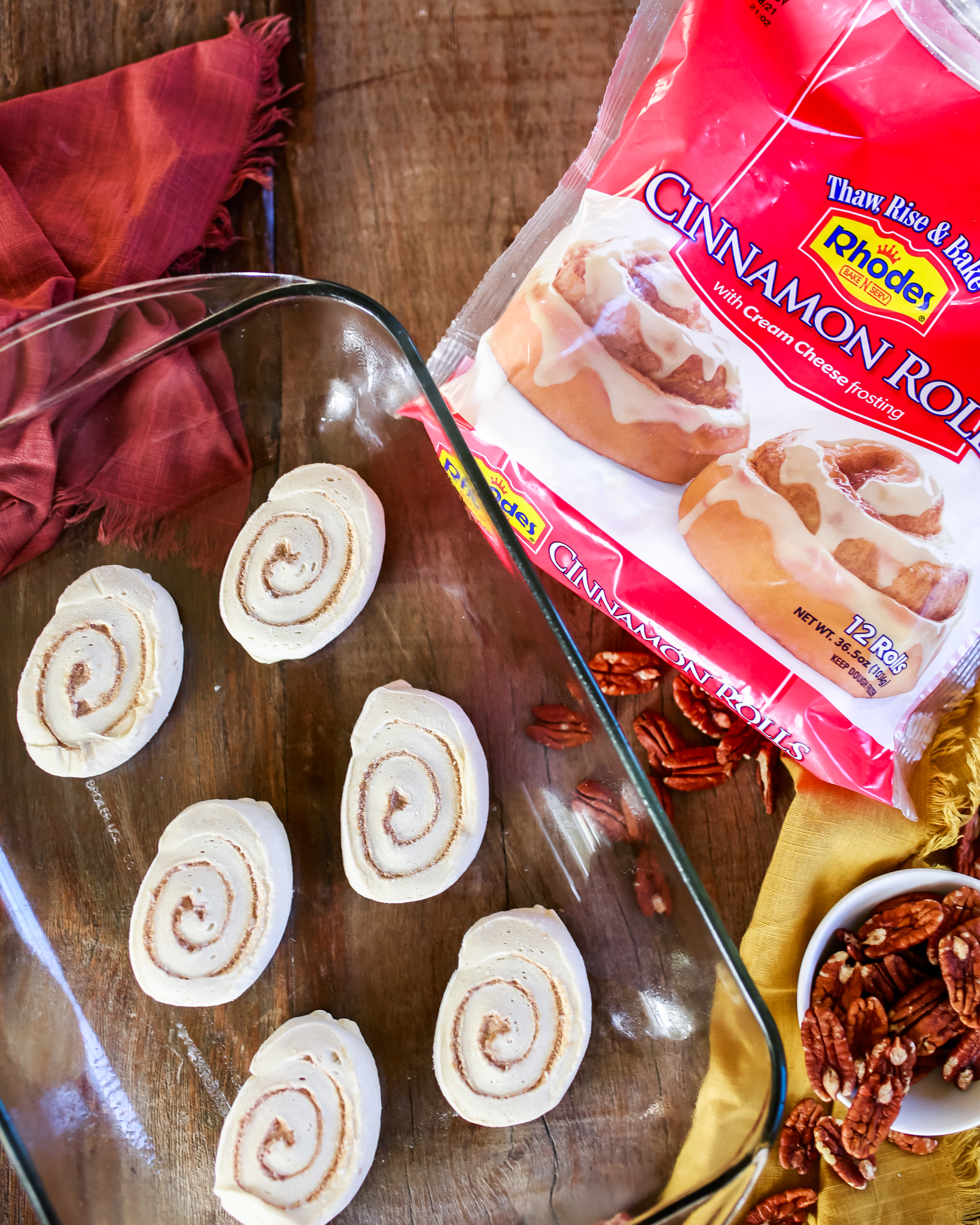 Salty and sweet, bacon and maple… my gosh these are so good! Other amazing flavor combinations to consider trying include: 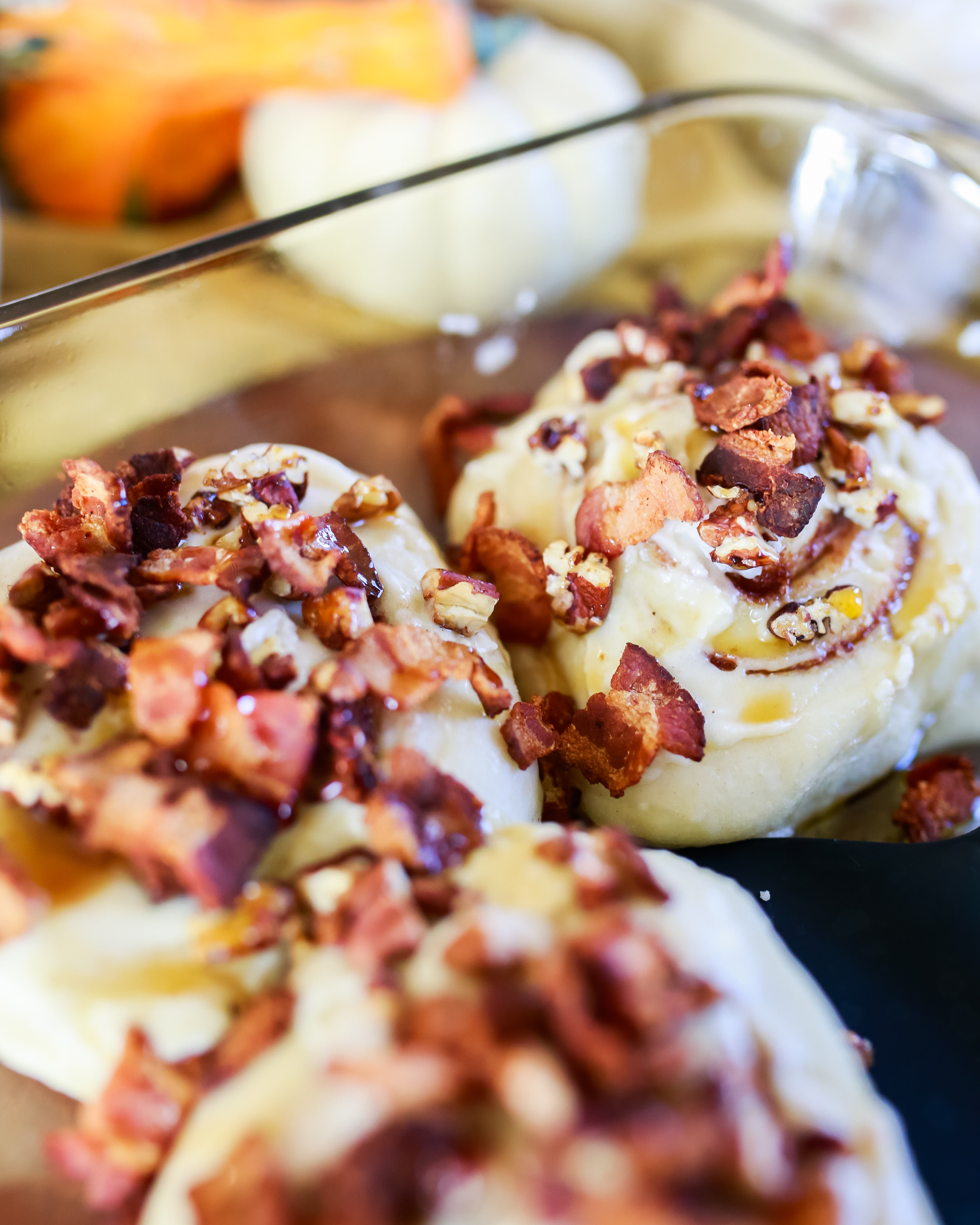 Okay friends, these are super easy to make.

Rhodes rolls can defrost and rise on the countertop quickly. However, Rhodes also has an overnight defrost and rise method that makes these maple bacon pecan rolls a perfect breakfast option!

All you’ll need to do is place them in the fridge the night before, come morning you should bake and accessorize. The perfect way to start one’s day! 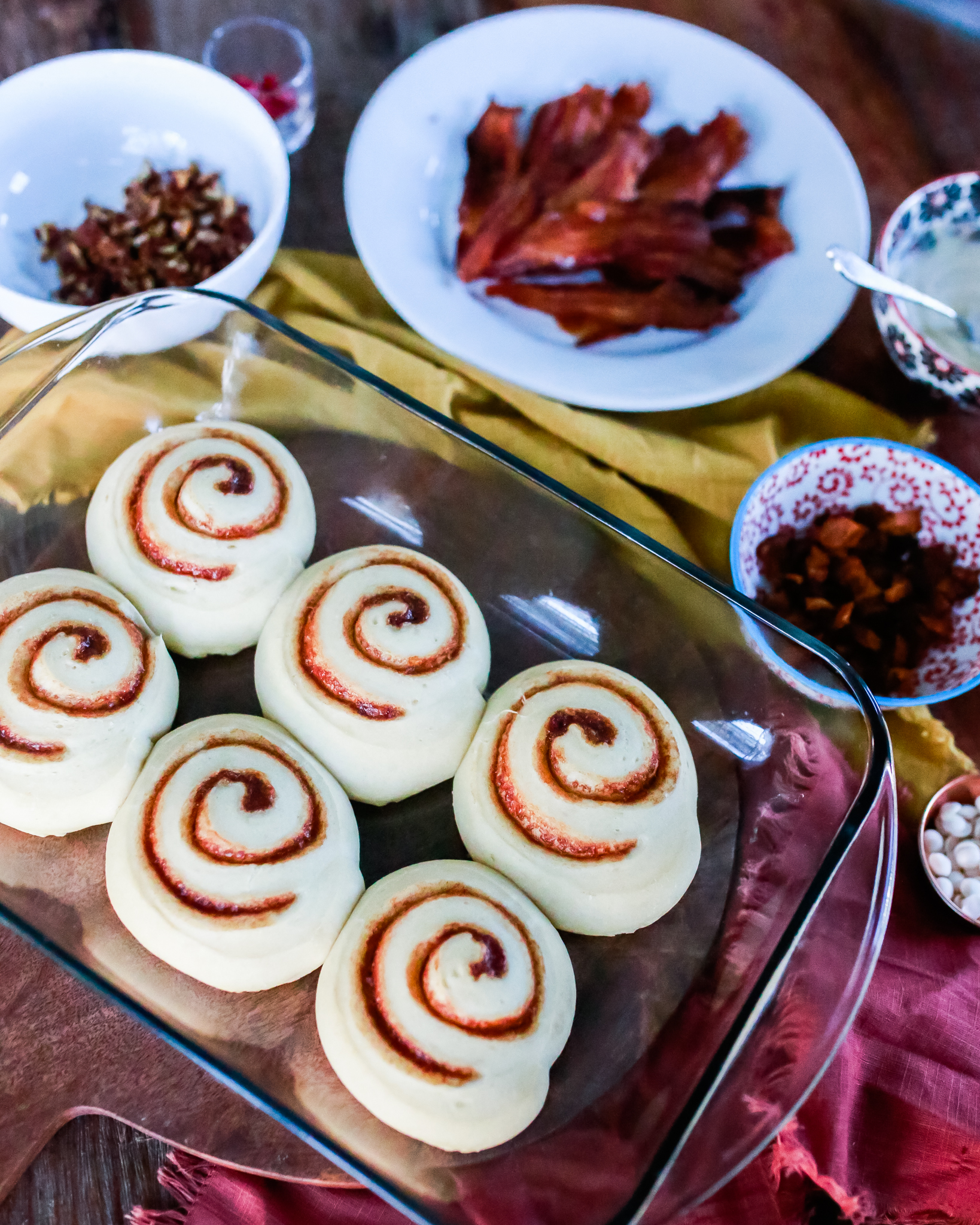 Some important things to note about this recipe:

Now I know you’re ready to get cooking but real quick I wanted to share with you the cutest idea that was prompted by these cinnamon rolls. Checkout this post for a fun turkey shaped cinnamon roll... Thanksgiving morning breakfast anyone? Everything can be prepped ahead of time. (Click here)