These delicious Raspberry Lemon Rolls are brought to you by Rhodes© Bake-N-Serve . Thank you!

Easy recipe for soft and fluffy Raspberry Rolls with a white chocolate drizzle and lemon zest. Just the right combination of sweet, tart, and savory! 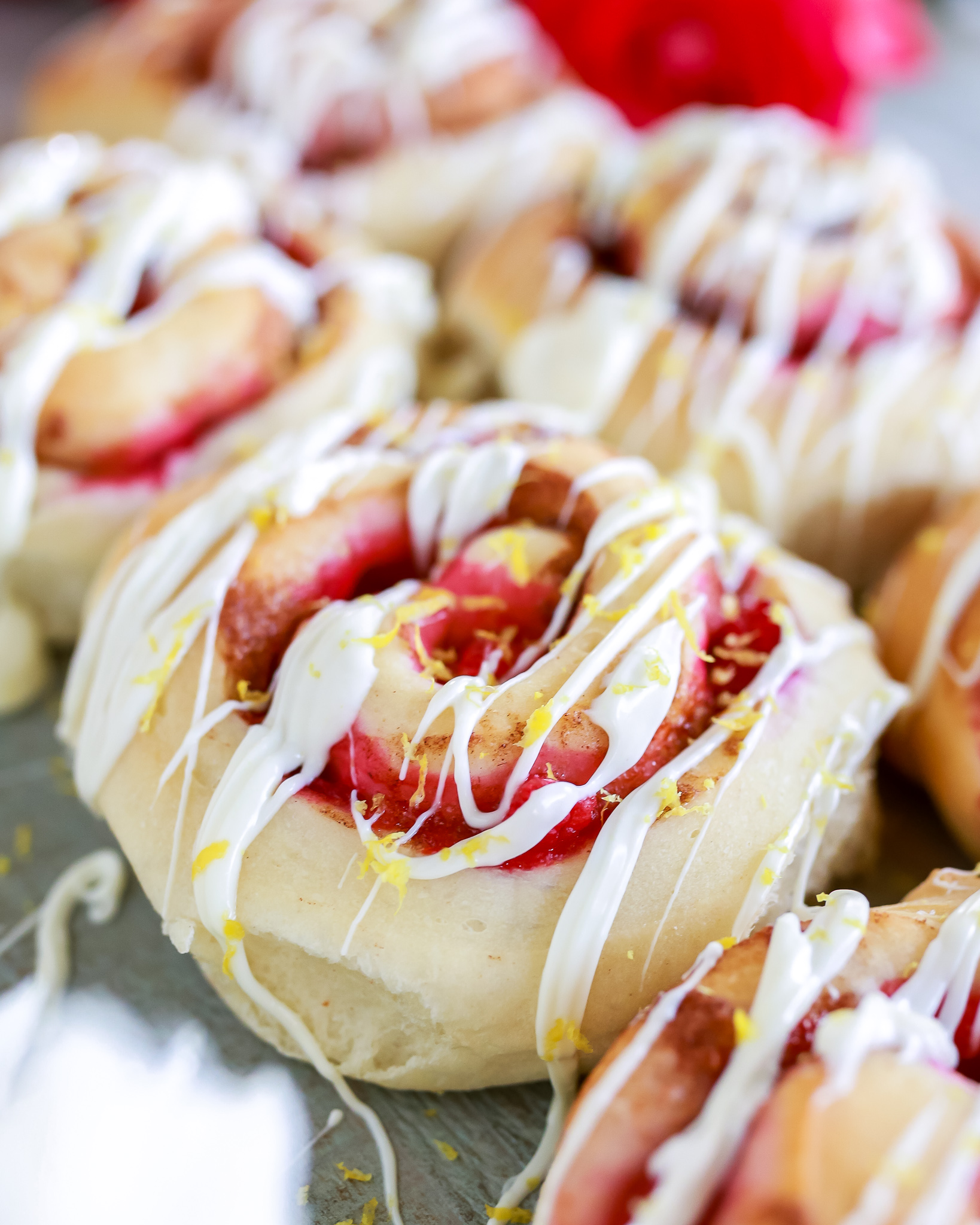 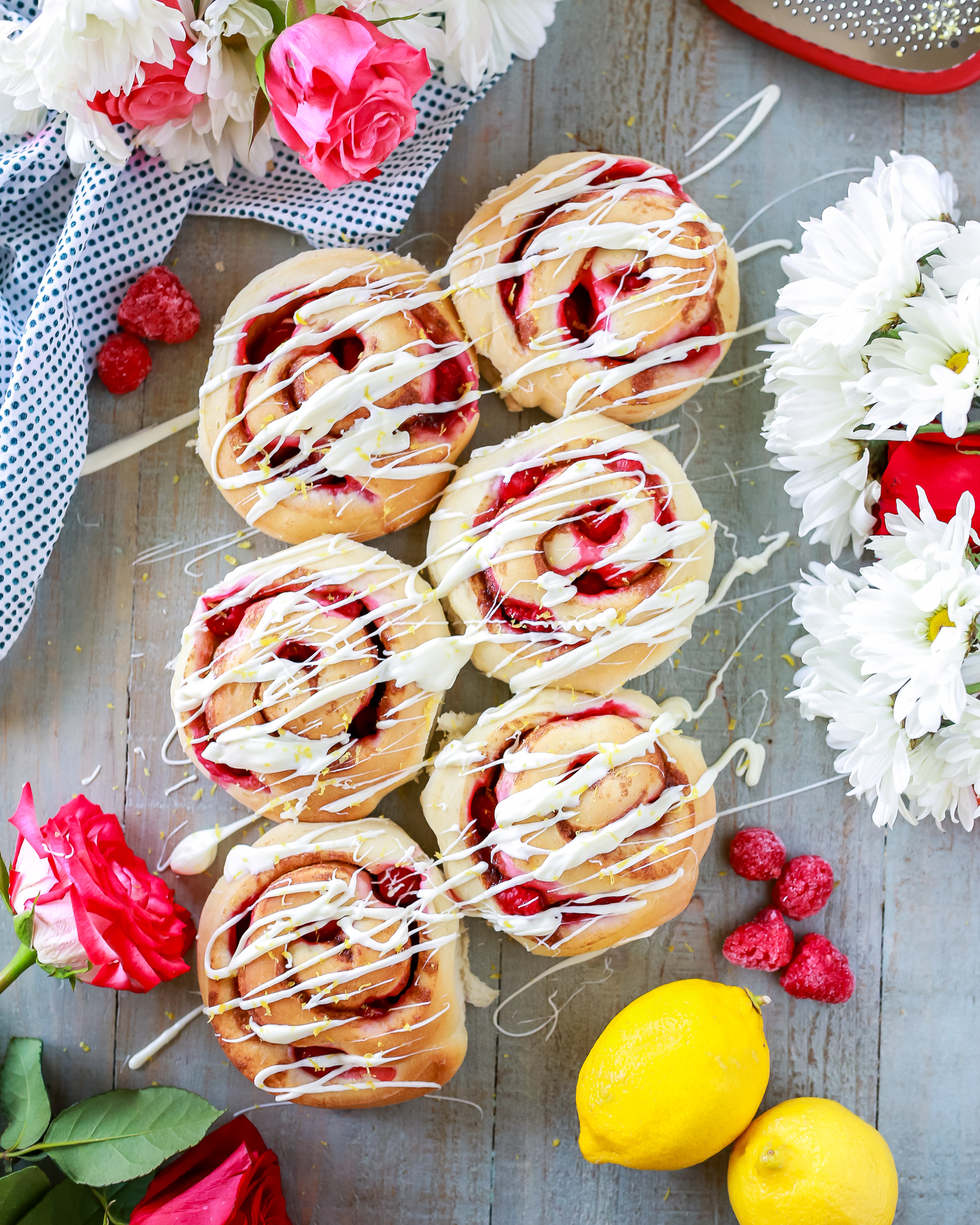 Spring is in the air! It’s not here yet, but I feel like it’s close enough to taste. Don’t you just want to reach out and pull it in?! I love springtime: the smells and flavors of springtime…

I’m not kidding when I say these Raspberry Lemon Rolls taste like a bite of spring!

You guys!!! These cinnamon rolls are like the best thing ever, semi-homemade, extremely easy, and so very springtime delicious! They are your typical light and fluffy cinnamon roll with some added light and bright pizazz! 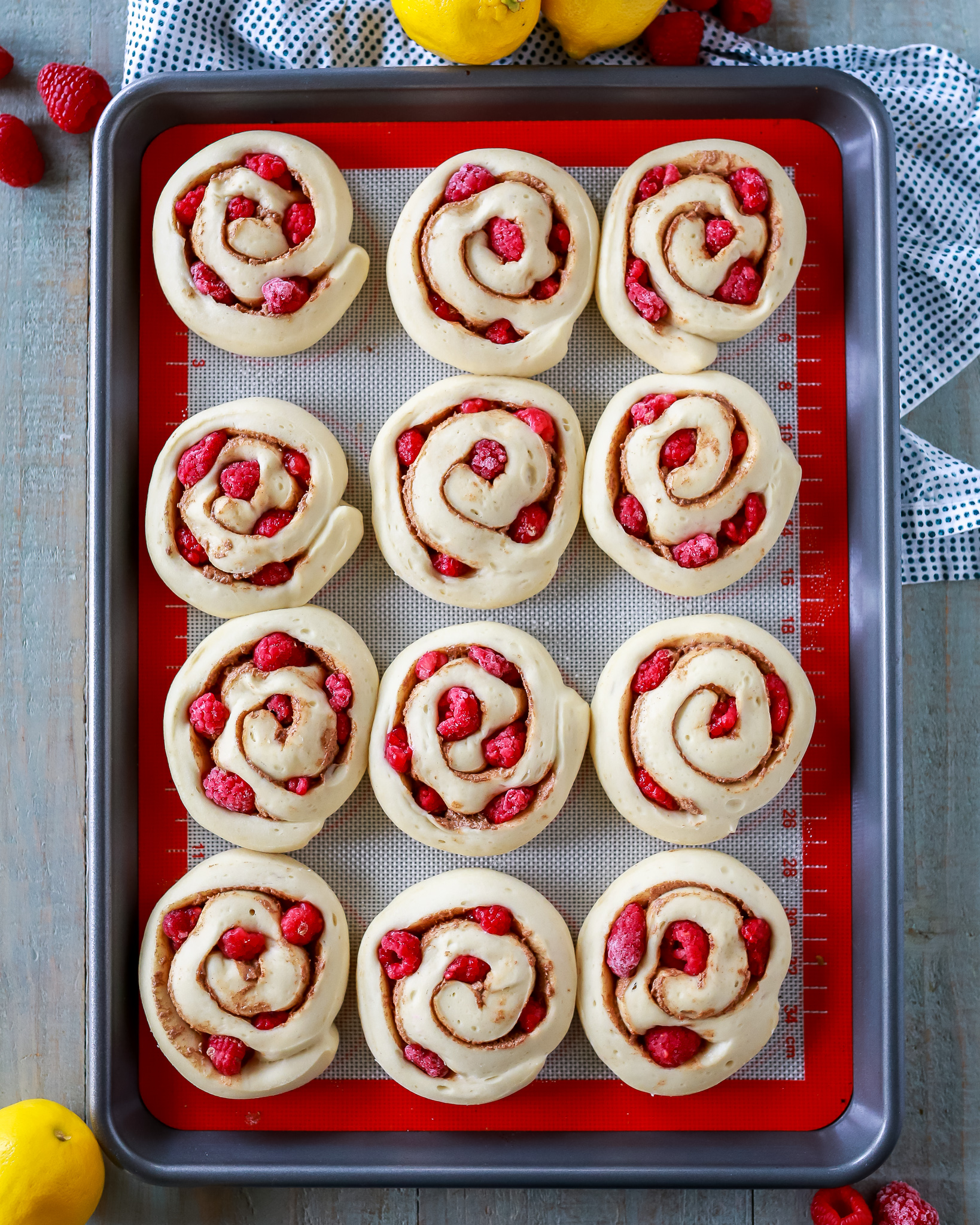 I can make my own cinnamon rolls of course, but in these two recipes I make my life and your life easier and I use Rhodes© Bake-N-Serve Cinnamon Rolls. This is because I have found theirs to be just as good as homemade! They are absolutely delightful, taste like home and memories and take a fraction of the time. 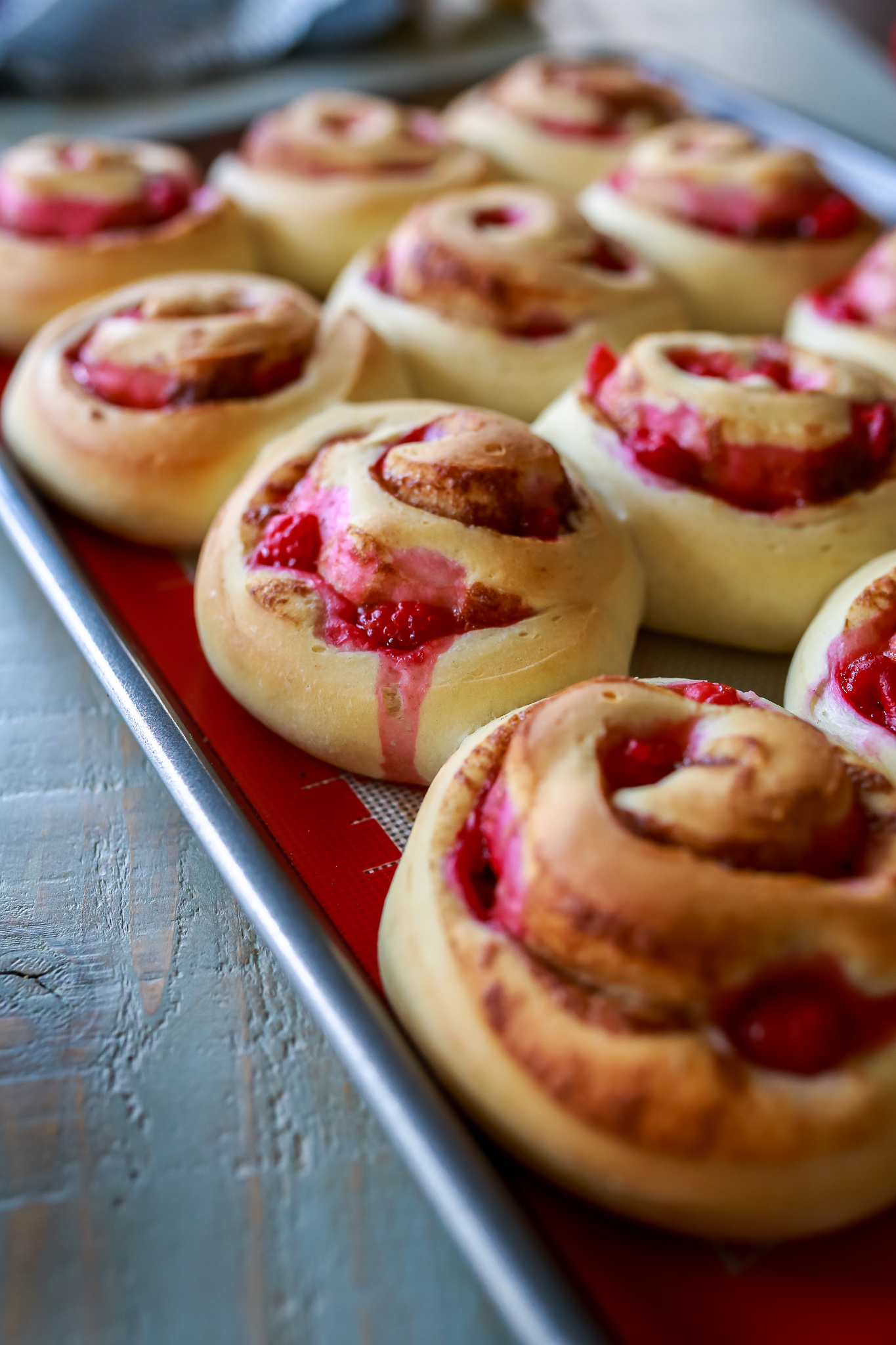 Rhodes rolls can defrost and rise on the countertop quickly. However, Rhodes also has an overnight defrost and rise method that makes these raspberry lemon rolls a perfect breakfast option! All you’ll need to do is add the raspberries and bake. Perfect way to start one’s day! 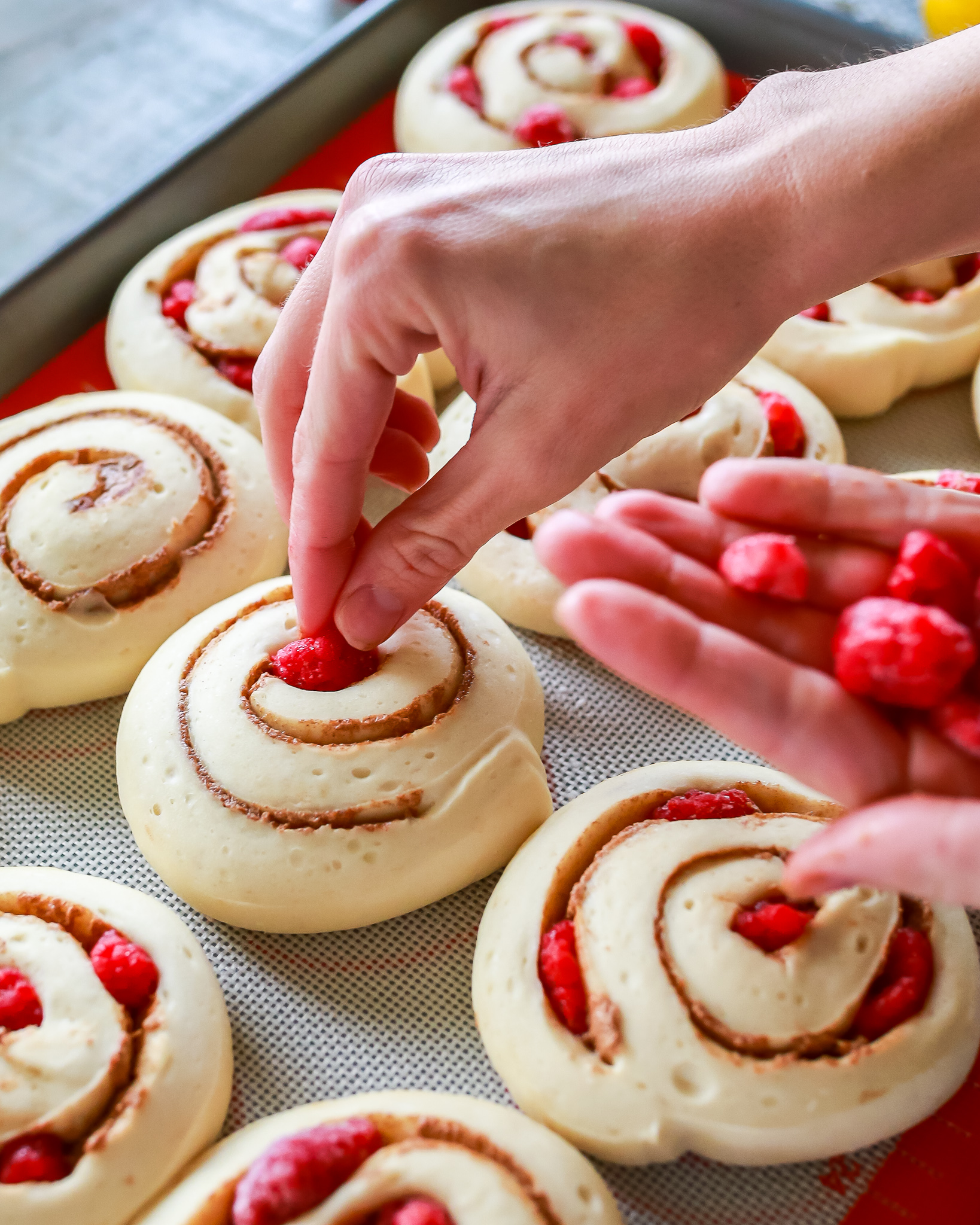 Y’all I know that you might possibly be thinking “raspberry, lemon, and… cinnamon?!”

Just trust me on this. That flavor combination is absolute perfection! This didn’t come from my own brain: I actually found it in the flavor bible. A book I turn to when I need to know what combinations would be good, better and best. According to the “Bible”, lemon and cinnamon compliment each other. Dig a little deeper and what do you know? Cinnamon is one of raspberry’s best friends!

So I put it to the test and it was lemon, raspberry, and cinnamon for the win! 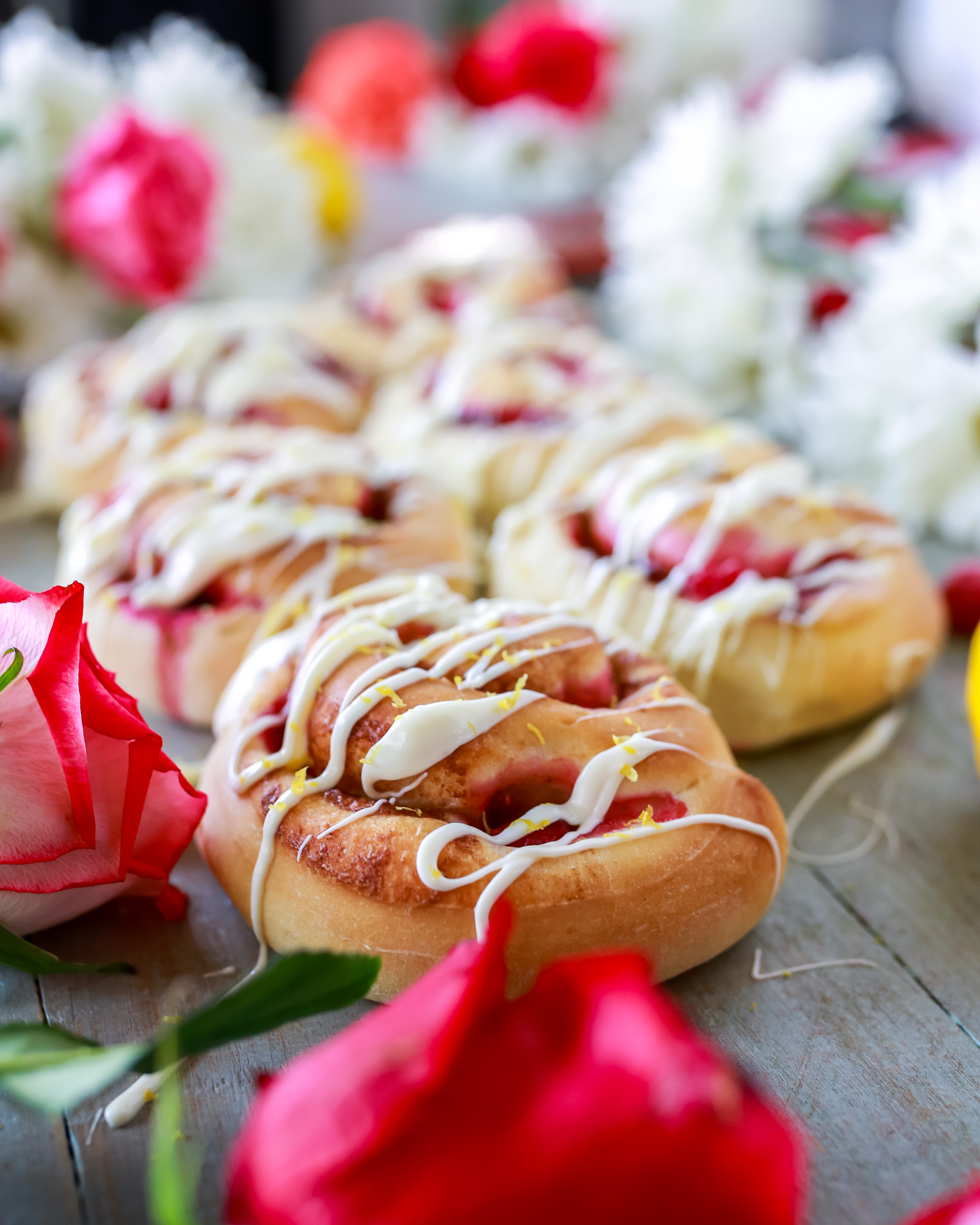 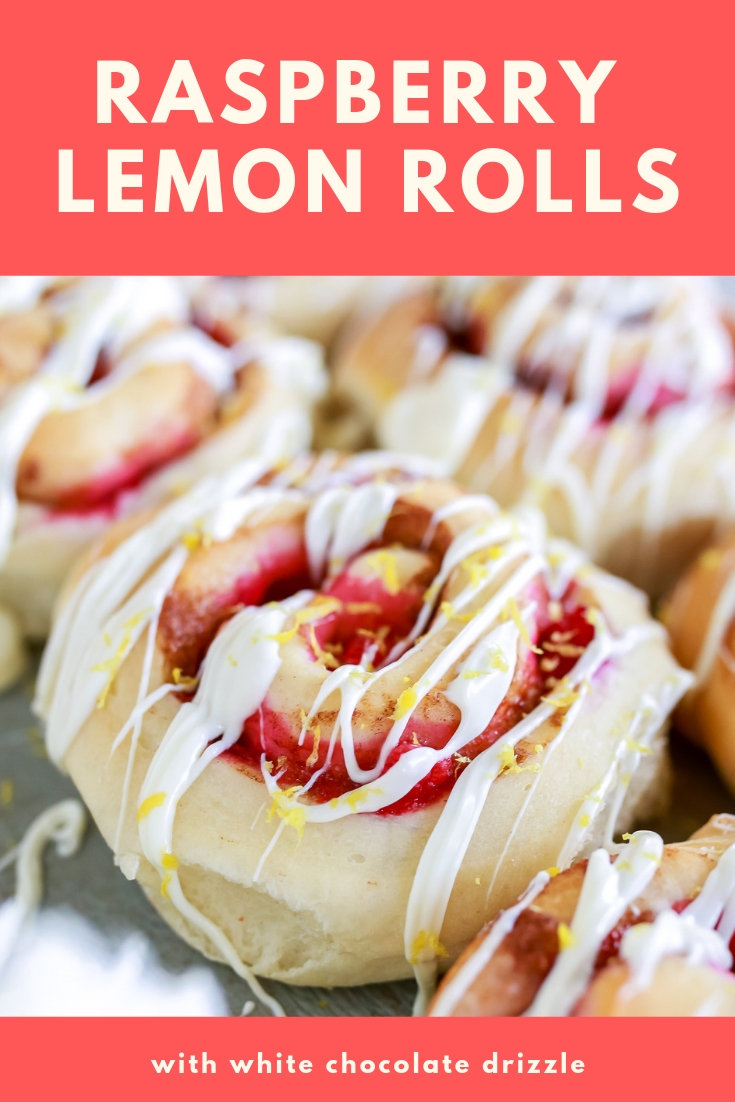