A beautiful “woodland meets pomegranates” rustic elegance Christmas tablescape. Plus 5 reasons you should let your kids have magic and Santa in their life. 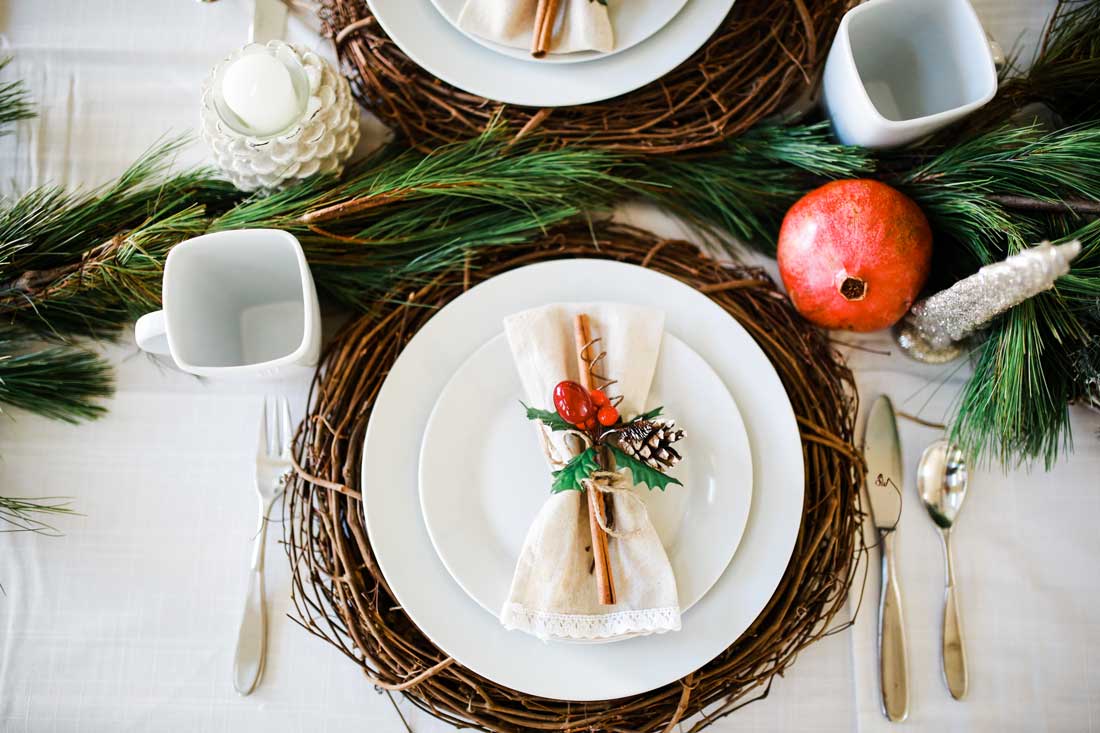 
I’m just gonna put this out there— I believe in Santa. I believe in the magic that “Santa” brings to Christmas.

In this post you will be able to see the elements of this woodlands inspired tablescape I designed and decorated for Christmas this year. With fun unique touches added like grapevine wreath chargers and fresh pomegranates.

Should you choose to read the post- you will find my reason for why you should believe in Santa too. 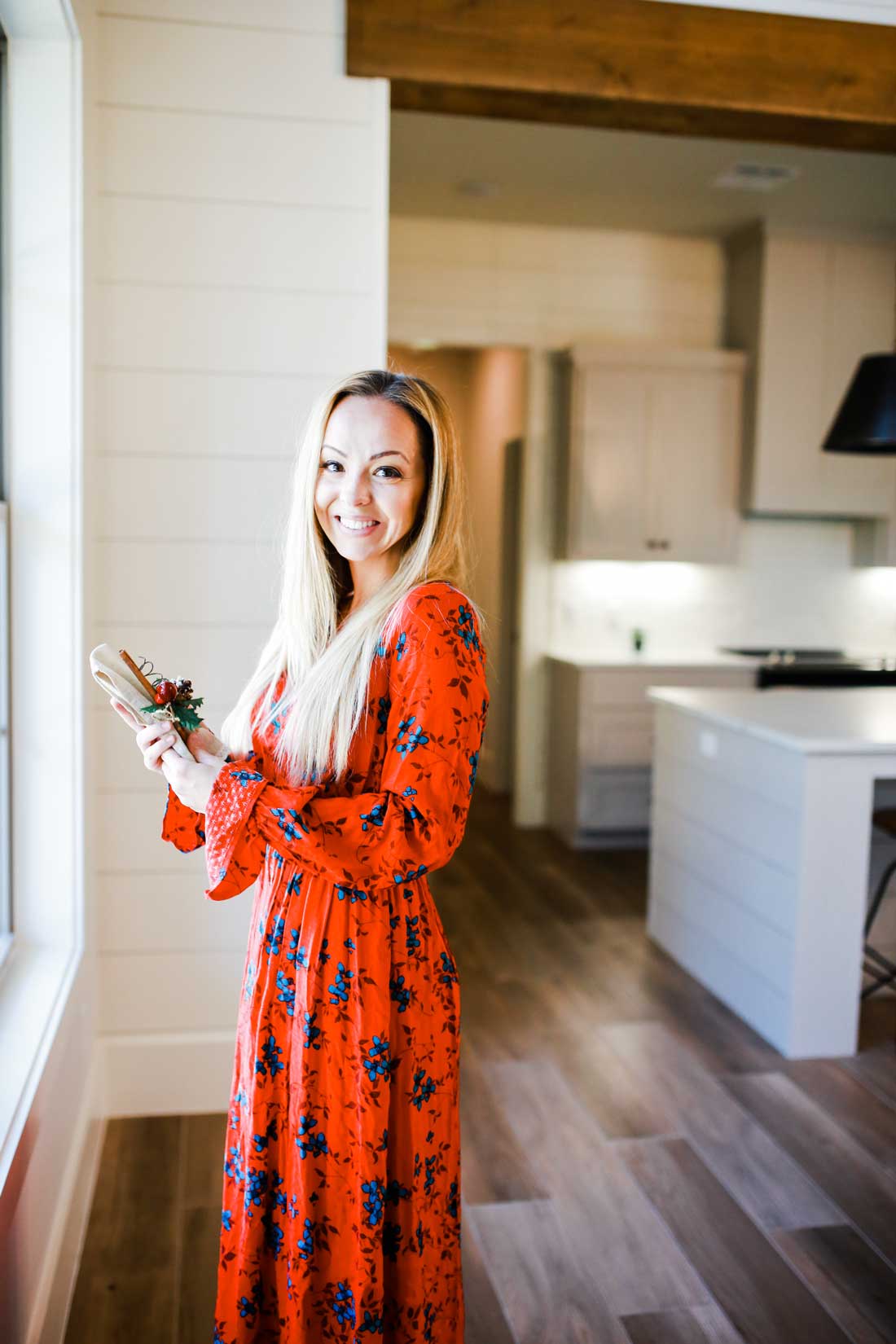 I do believe in Magic

And above all, watch with glittering eyes the whole world around you,
because the greatest secrets are always hidden in the most unlikely places.
Those who don’t believe in magic, will never find it.
-Roald Dahl

It all started when my son was about five years old; he came home from school in tears because his teacher had explained to him that superheroes were not real people and the shoe fairy he had told one of his friends about, was not a real fairy.

I’m sure she had all good intentions, however I was livid. Who was she to tell my son that someone was real or not real? Who was she to decide when he was old enough to stop believing in magic?! Why did she get to decide that he had learned enough from what magic has to teach?!

Luckily, he wasn’t ready to be done believing… 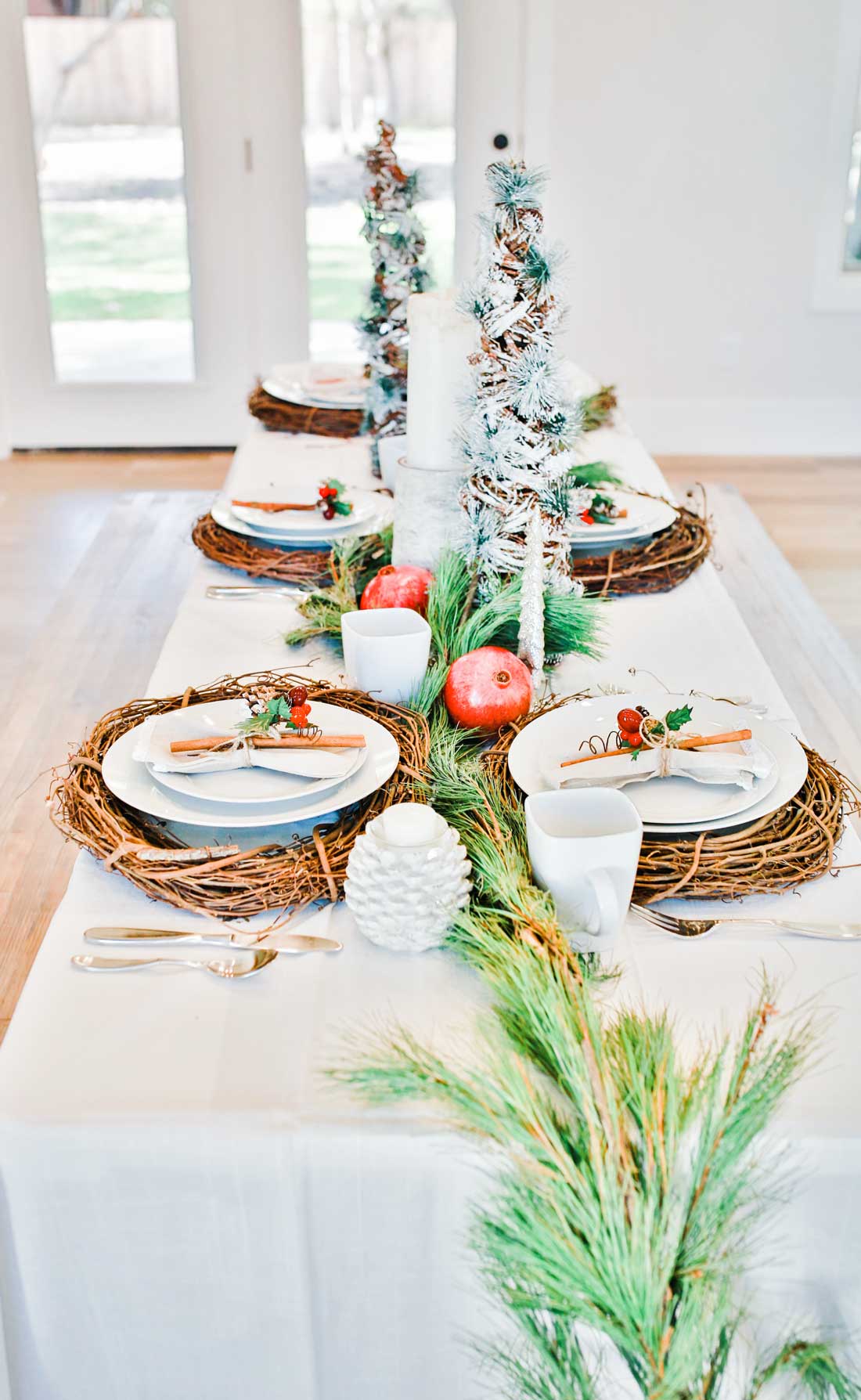 Oh Buddy… “That’s the thing with magic. You’ve got to know it’s still here, all around us, or it just stays invisible for you.”

“Telling them there is a Santa is a lie and they’ll never be able to trust you when they learn the truth.”

“Lying to make your kids be good is manipulation and teaches them to manipulate others.”

Yes, I’ve heard it all. Or perhaps I’ve missed a few of them, but yes I’ve heard much of how I am destroying my kids and their future ability to trust and their development by putting magic in their life, and letting them believe in it.

Santa Claus is just one mythical figure my own kids believe in, along with the Tooth Fairy, the Easter Bunny and other characters with neat powers spreading good throughout the world. 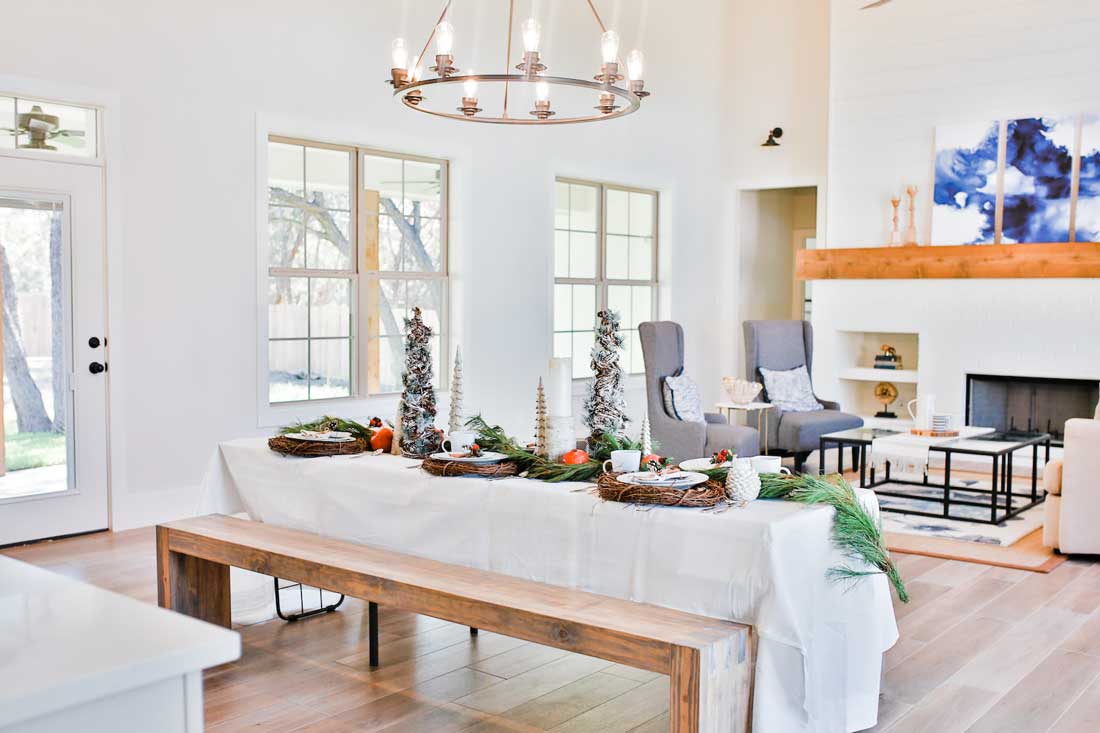 Here is where we come to the part where I may be slightly controversial: Believing in something or someone mythical is only bad if you choose to make it bad.

My children use their imaginations all the time, even if they know the resulting creations of their fantastical tales are fiction.

So, number one in my reasons for allowing your children to believe in magic:

Why would he say that? Because a person who can use their imagination will be able to think and work “outside the box”.

If it is something that can nurture that imaginative, creative side of a child, I’m in. All in.

When it comes to imagination, extravagant characters, and pretend play, I see so much of myself in my children. I grew up living in make-believe worlds of good guys and bad guys — of magical creatures where anything is possible with fairy dust and true love. And those memories are some of the VERY BEST that I have. 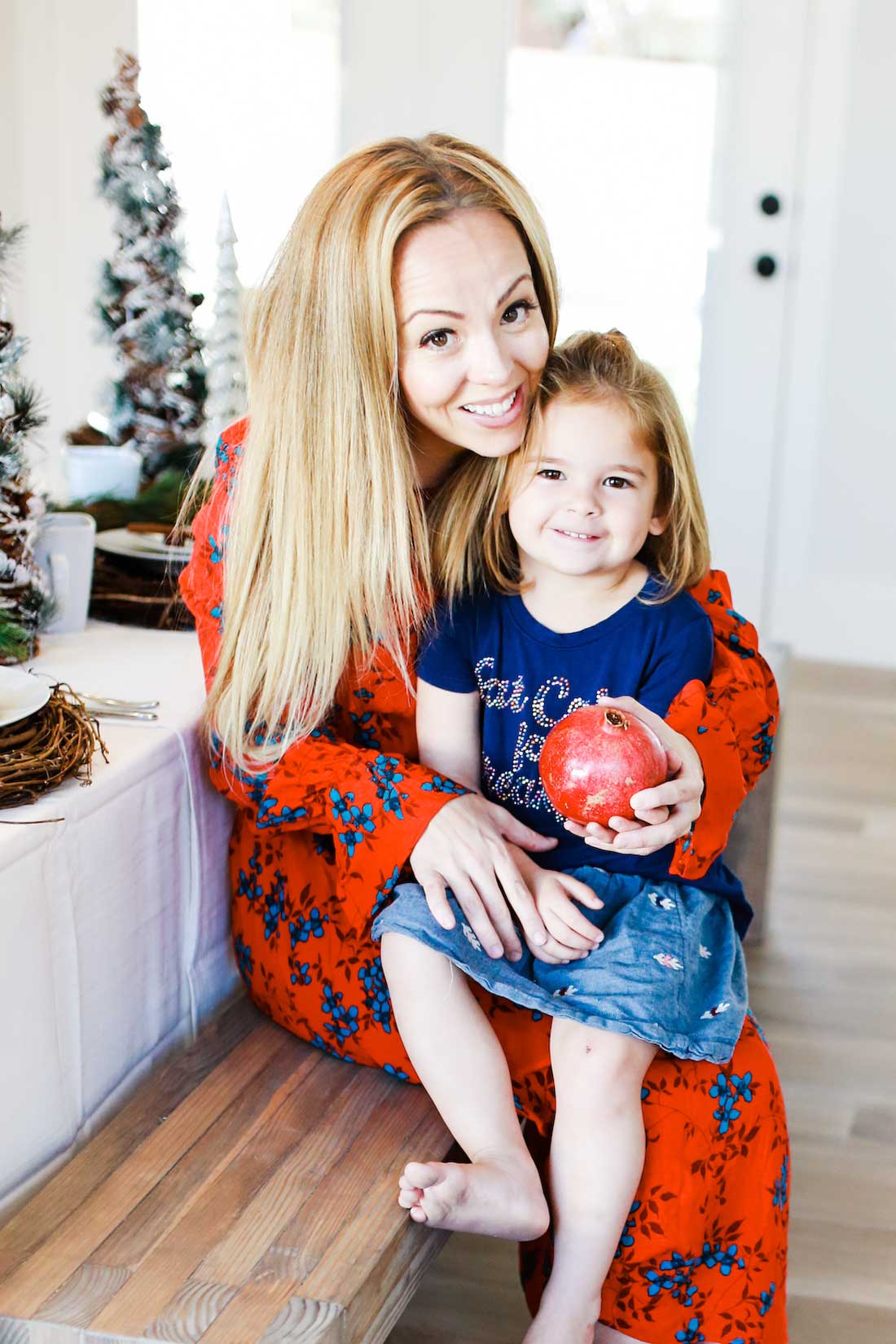 I am a devout Christian. I firmly believe that this time of year is special as it is the time to remember the birth of the Christ child. Christ spent his life lifting the poor, helping the needy, and healing the sick and lowly.

St. Nicholas was a real man. He became famous for giving money and gifts to the poor, the needy, and the lowly; that’s the true spirit of Christmas. 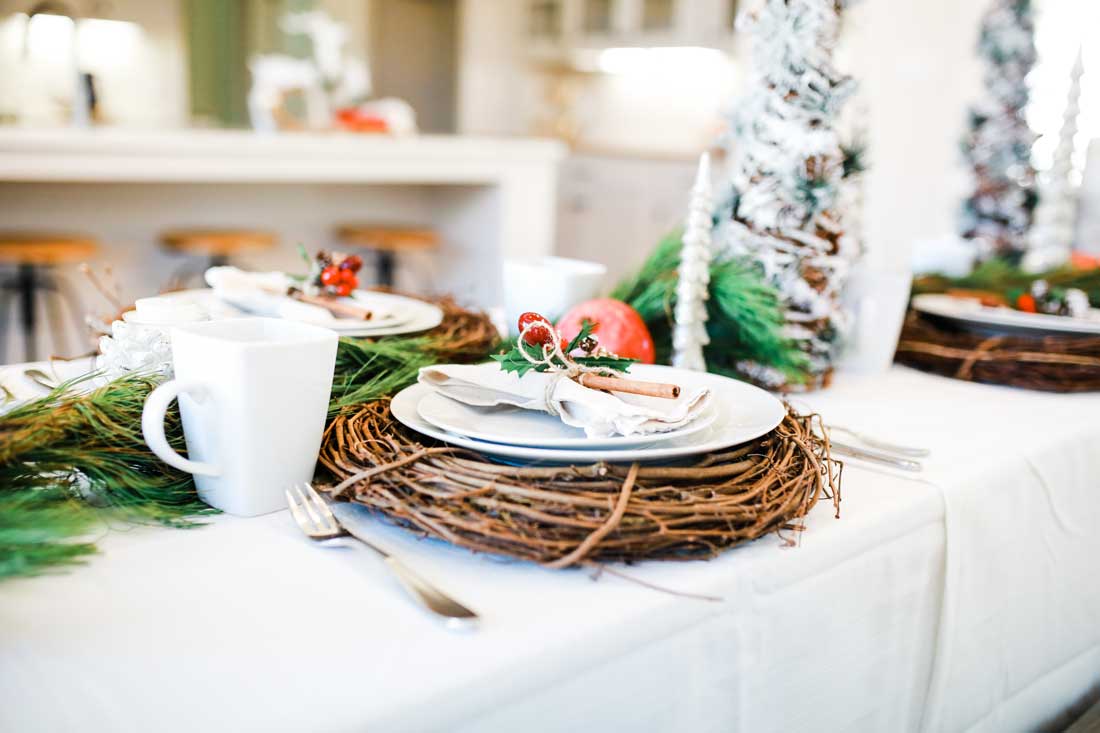 Having a soft heart in a cruel world is courage, not weakness.

Anyone who has ever given me a book recommendation has heard me say “I’m only interested if the book has a happy ending though! I’ve got enough real life in my real life. I don’t want to read more real life, I just want fairytale endings.”

I was once told that by surrounding my children with magic and happiness and “love, love, love” I was setting them up for failure.

“The world is full of awful and ugly” they told me, and then said that by hiding that from them I was actually hurting my children because they wouldn’t be ready for it and then they wouldn’t know how to handle it when they got out into the real world.

And let’s be honest — I actually have no respect in my “respectfully disagree”ance! I do not respect a person that believes in treating a child with “rough and tough” as a way of teaching them what the real world will be like. 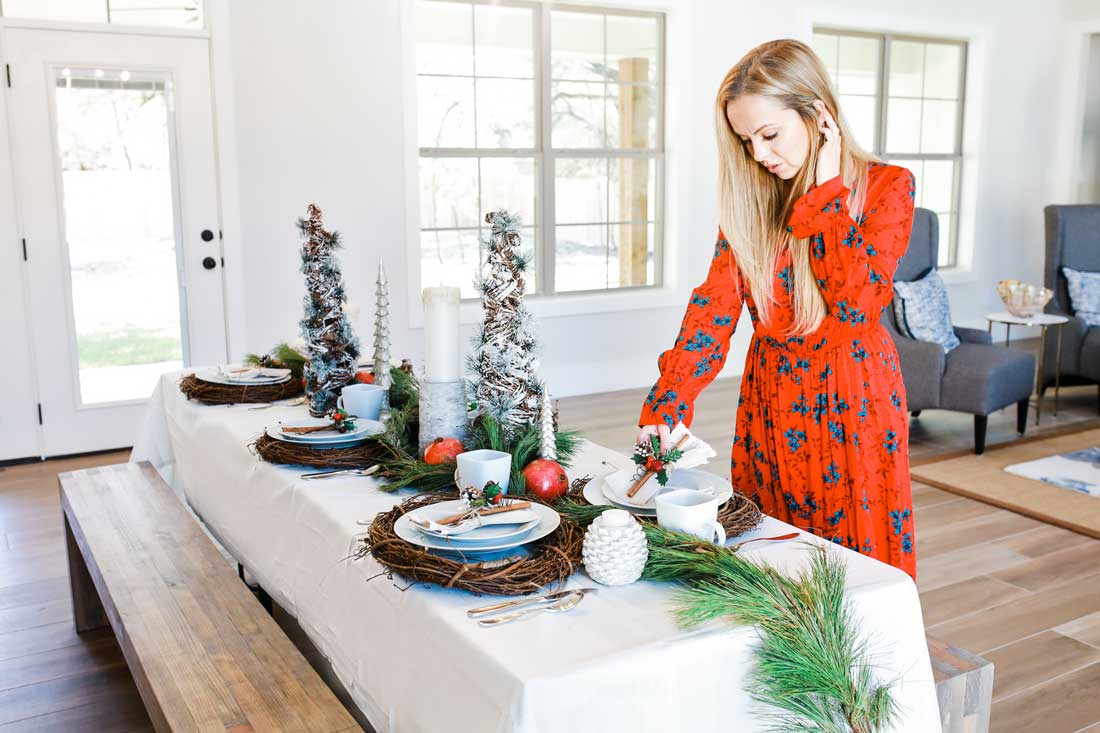 I am not trying to teach my children that the world revolves around them. HOWEVER,  I for darn sure want them to know that my world does.

When they grow to be adults and they are stuck in a world of awful and hurt and betrayal I want them to look back on the magic of their childhood and know that home is a safe haven and it always has been and it always will be. 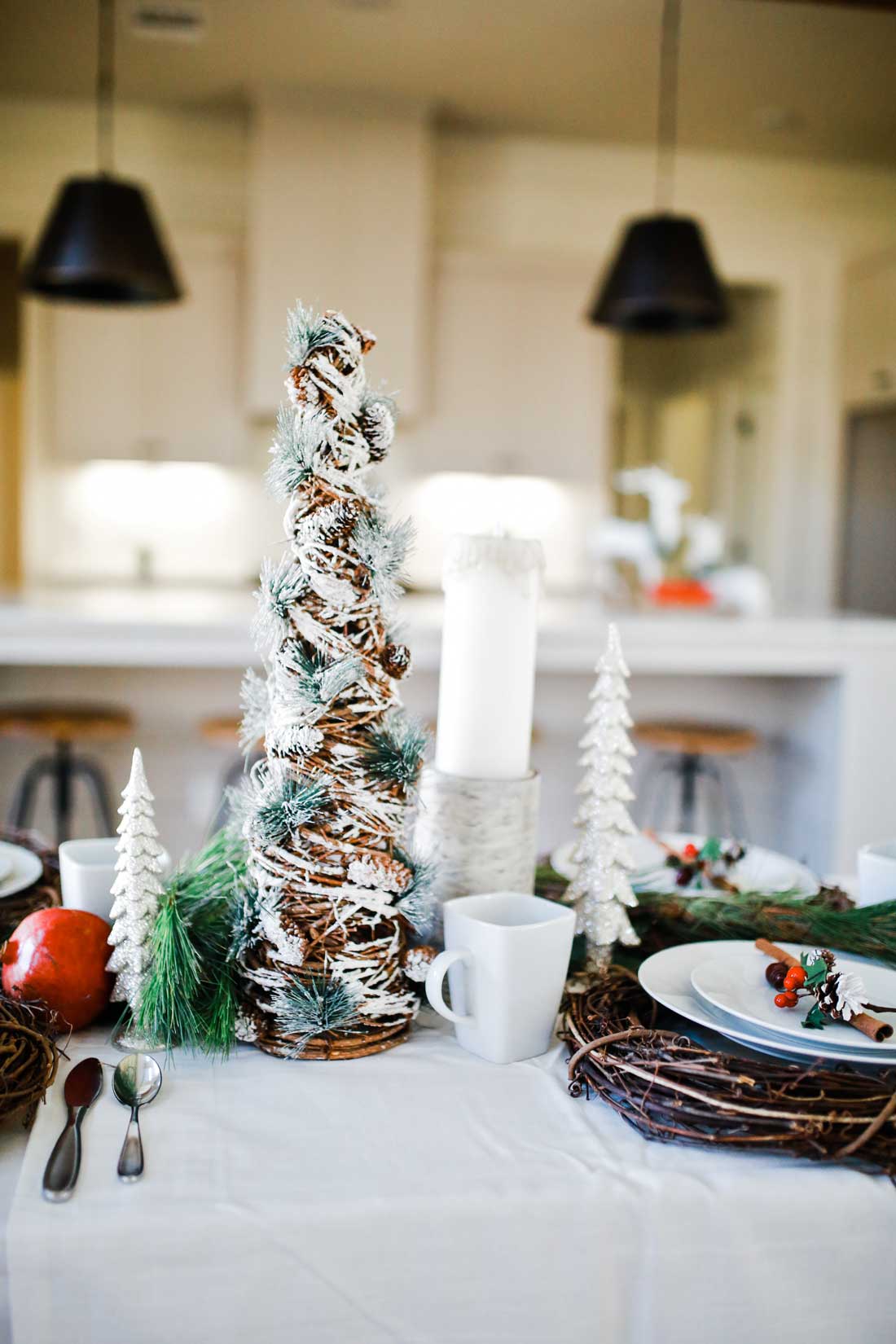 Magic is believing in yourself. If you can do that, you can make anything happen. -Johanne Wolfgang von Goethe

Fairytales, Santa, Magic… they teach children how to believe in things they can’t see or touch.

4. Magic teaches children to believe in more than what’s physically before them.

This is so important! Such an important and big job. Even if these things aren’t necessarily physically real, they are teaching something beyond real. I’m talking about love, that great power that will light your life from the inside out, even during it’s darkest, coldest moments.

And I don’t mean romantic love, because I don’t know if that exists. I mean love for mankind. Love for family. Love and charity and compassion for all those you come across in the world.

“Believe in yourself, in your friends, in your talents, and in your family… ” 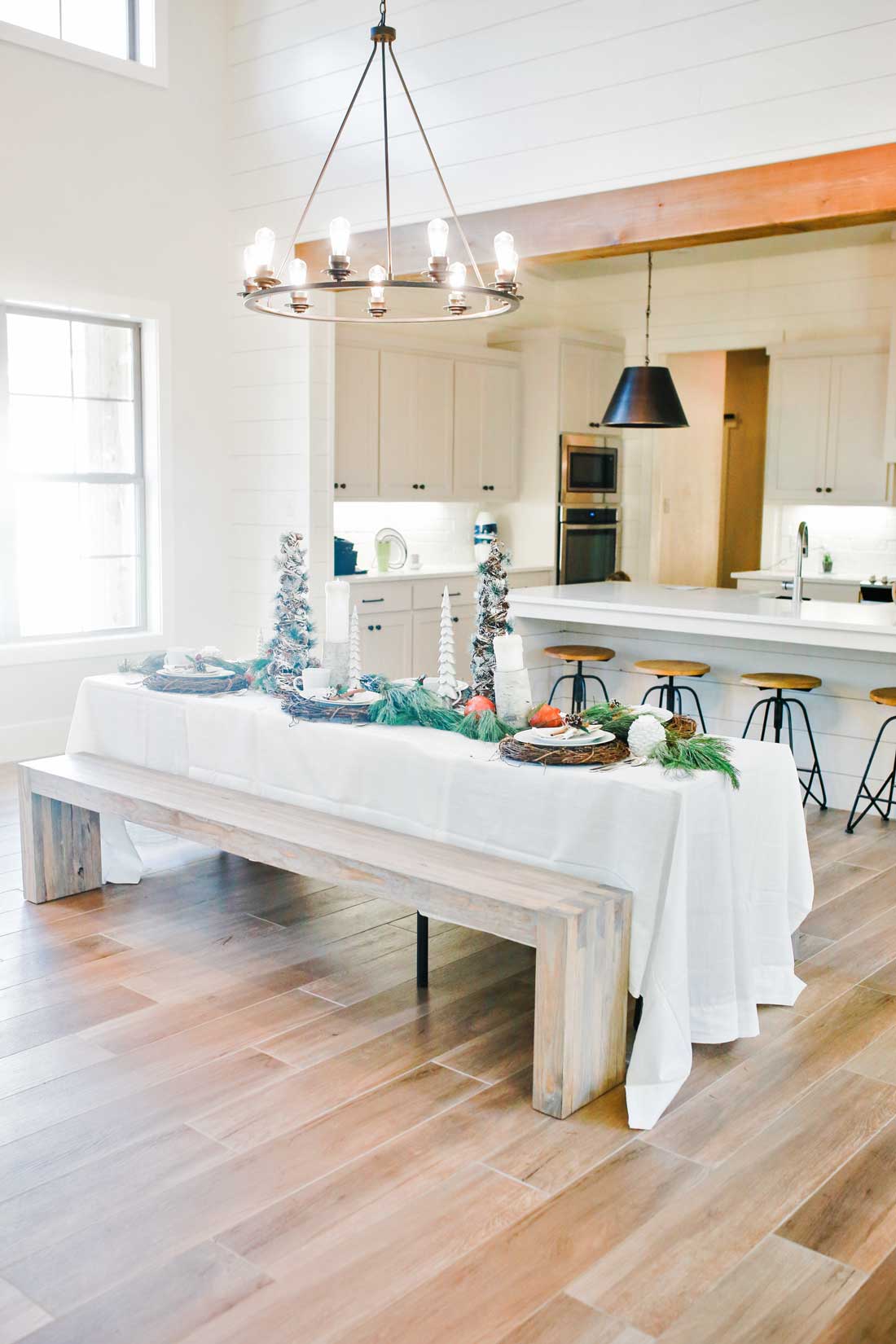 Let children be “Children” for as long as possible!

Why take away the simple pleasures that innocence and magic can bring?

I often wonder why we are creating a world that is trying to force children to be adults. Children should not be made to deal with adult issues, nor be faced with decisions in situations they cannot control in any way. That is unfair and robs them of their childhood!

5. Childhood only happens once in a person’s lifetime and it doesn’t last long.

As parents, it’s our job to provide shelter for our children, protect their innocence and make room for wonder.

Now for some that involves Santa, and for others it does not. 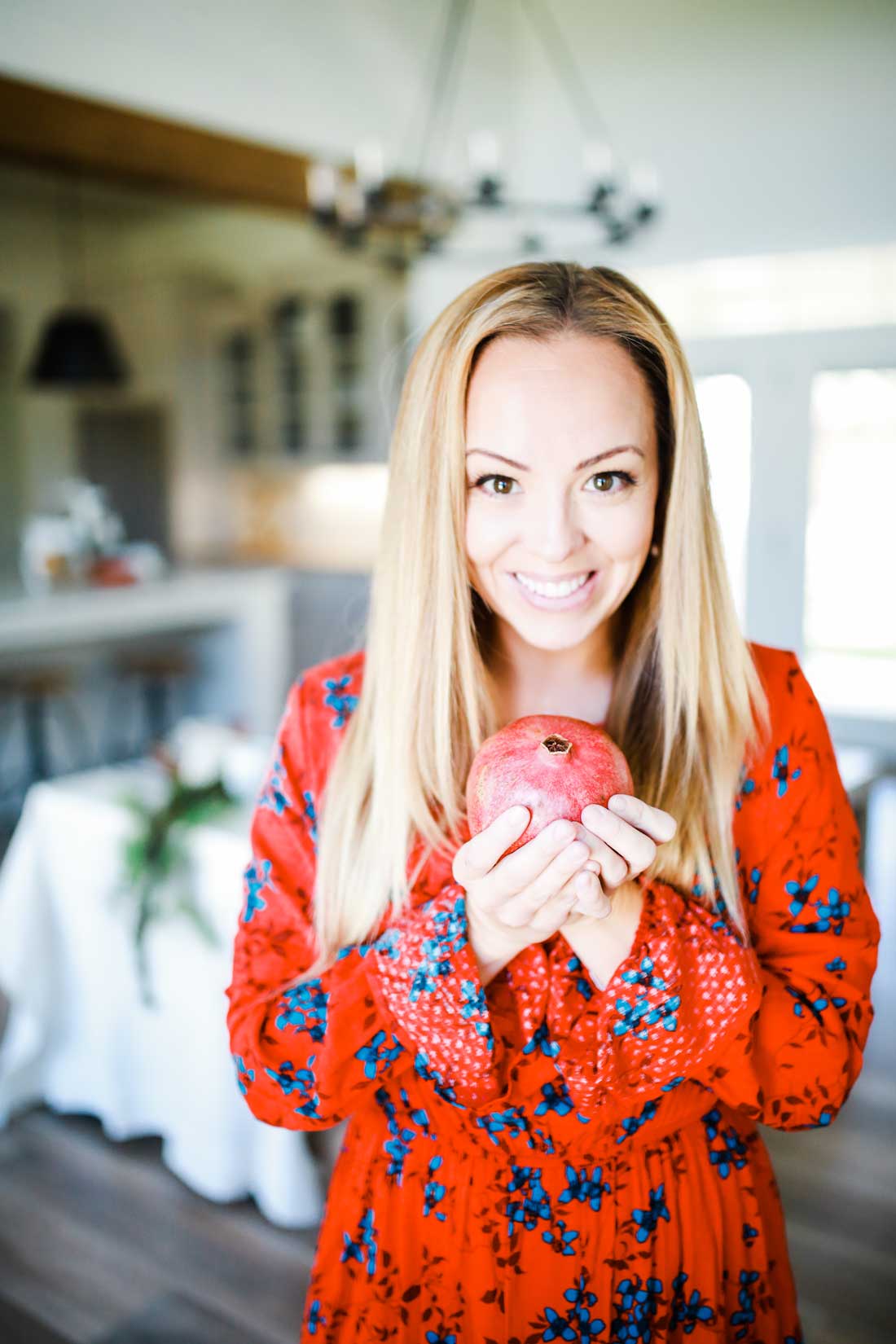 In my home being a parent means I will always be there for them. We will always bang on pots and pans and sing into wire whisk microphones. We will never be too clean to not create elaborate blanket and pillow forts and hide from the bad guys of the week. There will be marshmallow toasting on the stove, and dancing in the rain. Movie nights with popcorn in mommy’s bed are a must, and reading books by flashlight together at night happens often. If you have an owie, imagined or not, you need a band-aid! There will be magical visitors to look forward to and sleepless nights of anticipation for magic in the morning.

Does this mean I am forgetting that I am a parent? No!

We still have bedtime at 7pm. It’s just more exciting because the kids know if they’re in bed on time then they will find a treat on their shoes in the morning.

My children are still expected to be kind and caring and thoughtful; but there is the added joy of knowing there’s a jolly man in the North Pole that knows when they create cute service clubs and drag everyone in the neighborhood’s trash cans in from the road.

The house still needs to be clean and chores always need to be done. However it’s much more fun doing that to loud music or pausing halfway through for everyone to ninja spy roll into the “bat cave” (aka the shower in the kids bathroom-  it’s a tight squeeze) and hide from the joker. 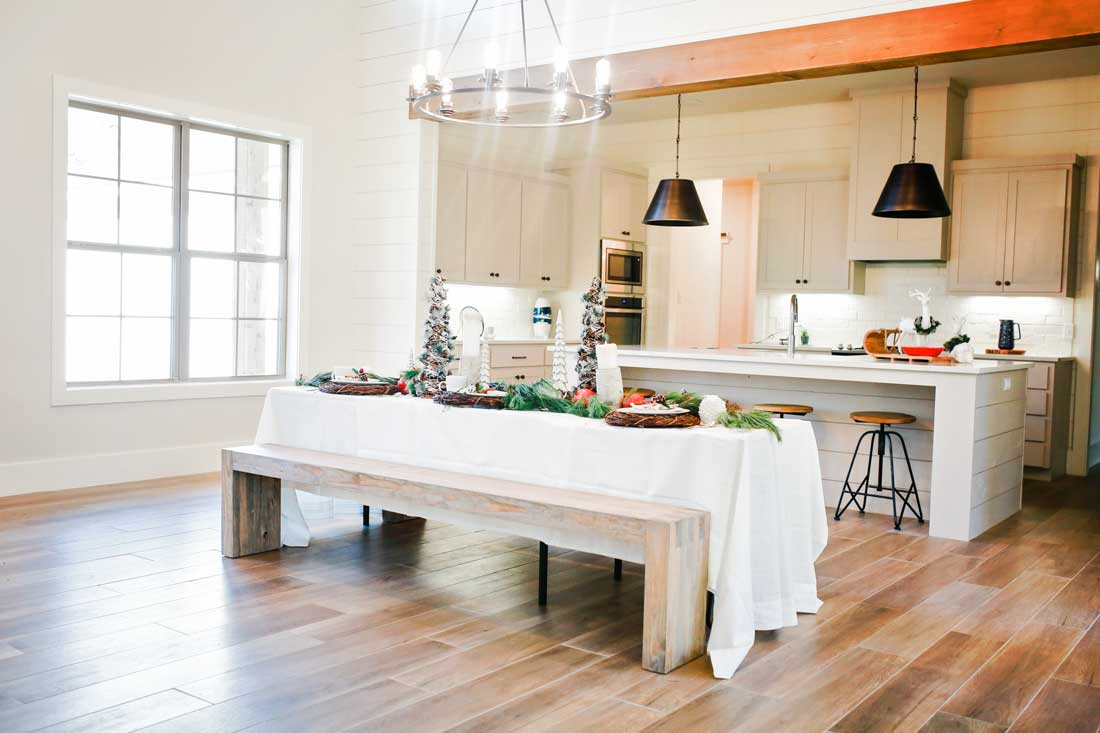 Dear Reader, my point is- parents should be parents; adults should be adults; but that doesn’t mean kids should be made into adults too. Adulting sucks y’all. Escaping to and imagining and being happy about a magical world of elves and workshops and service is not a bad thing!

And yes, yes one day they will learn that the fat man in a red suit is not the one leaving those gifts under the tree. Then they will know that mom or dad is actually the one putting sparkly dollar bills under their pillows and stealing their teeth. Maybe they’ll catch their parents hiding the easter baskets or a perhaps friend will break the news to them. And WHEN they are ready, they’ll believe that new truth and the magic will change for them, but they will still have learned those lessons.

Santa may be a myth only shared in some households: however what he encourages- the spirit of giving and love and family- is universal. 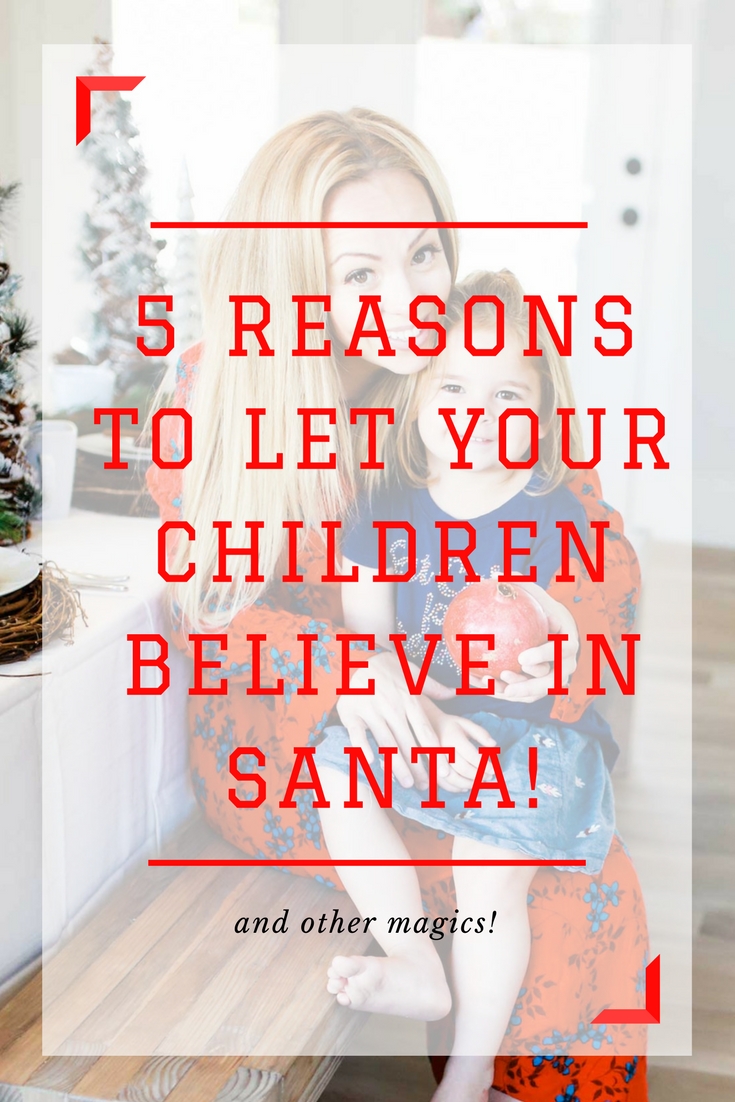 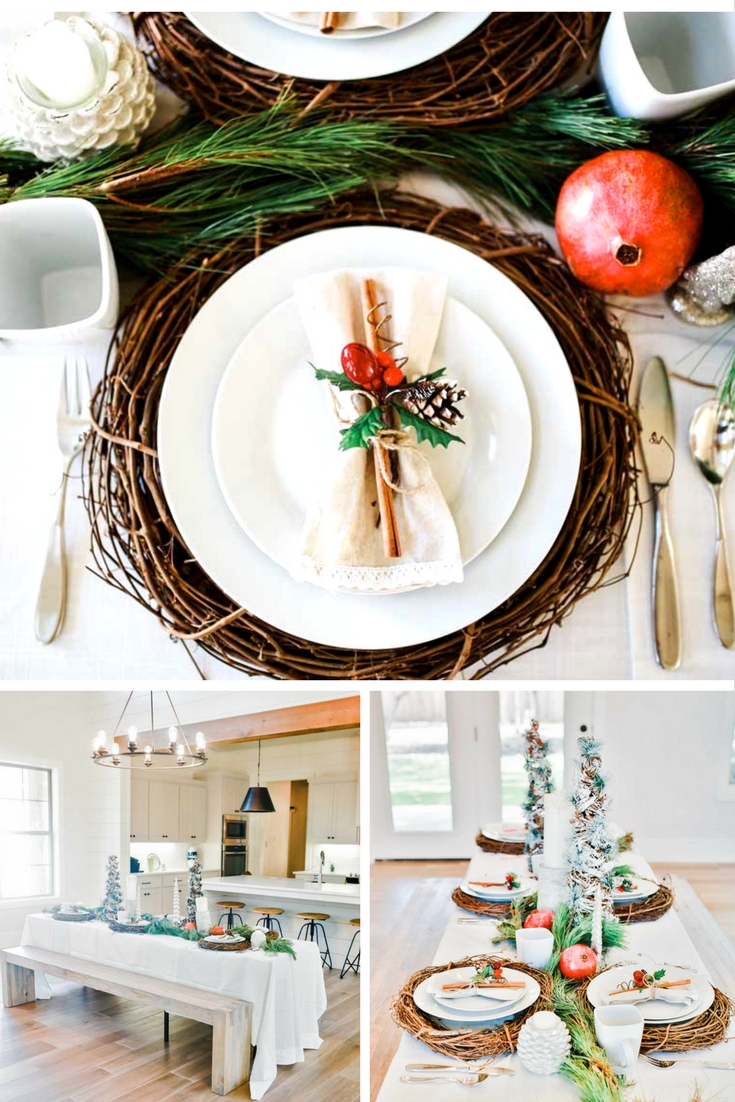